What Are Asbestos Ceiling Tiles?

Before discussing what do asbestos ceiling tiles look like and how to cover asbestos ceiling tiles, let us take a closer look at the material itself. ‘Asbestos’ is a mineral substance that occurs in nature. It is later broken into soft fibers for creating products including building materials.

Because it was marketed as a material that resists heat and is a good insulator, the demand for this material peaked In the middle of the 20th century. Therefore, asbestos fibers were mixed into many products in multiple industries.

However, from the 1970s there were reports stating that inhaling the small fibers of asbestos ceiling tiles can be dangerous for your health. If these odorless and microscopic fibers enter your body, they never dissolve.

Studies have shown that people who breathe high levels of asbestos fibers have an increased risk of Asbestosis, respiratory diseases, Mesothelioma, or even lung cancer in some cases. 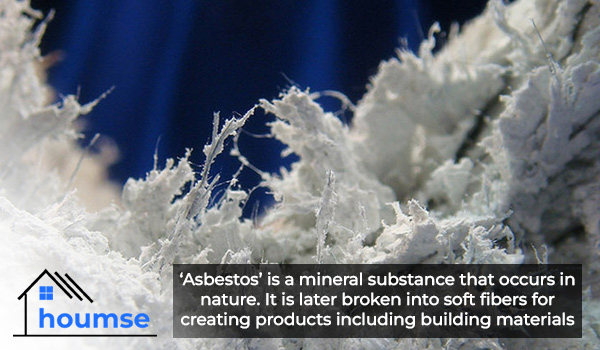 Around the time that reports came out – the early 1970s – the Environmental Protection Agency (EPA) started banning certain uses of asbestos. This was also coined with the decline of asbestos use in general. But in 1991, an appeals court revoked a 1989 EPA rule that banned most uses of this material. Since then, many uses of asbestos have remained technically legal.

An asbestos ceiling tile (also known as drop ceilings, suspended ceilings, and acoustic ceilings) usually has a 2×2 ft. or 2×4 ft. size, and a square or rectangular shape. They also have a light color, mild texturing, pinhole markings, and a powdery appearance.

Some ceiling tiles are made of fiberglass and you can recognize them by visual inspection. Keep in mind that it is not possible to identify all forms of asbestos by simply looking at them. However, you can recognize some materials that are not asbestos for sure, like homogeneous fiberglass. 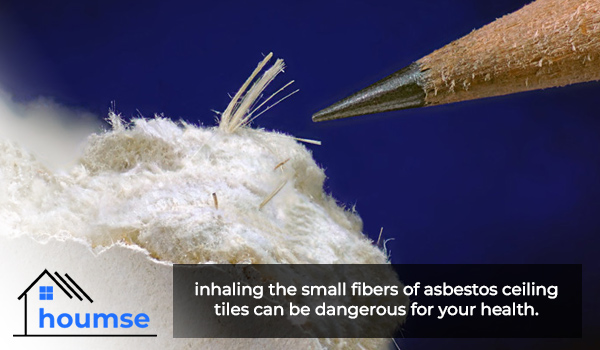 Compare the age of your house with the last date of using these kinds of tiles in your country. If the building age is newer, then you can be sure that there is no asbestos ceiling tile in basement and in your house.

Some of the companies that manufactured these tiles include: 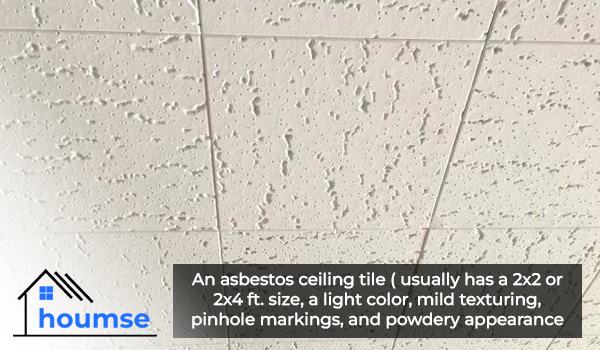 Such a kit usually has a two-step process:

After confirming that these tiles are used in your house (with or without realizing what do asbestos ceiling tiles look like!), you can deal with them using the following methods. 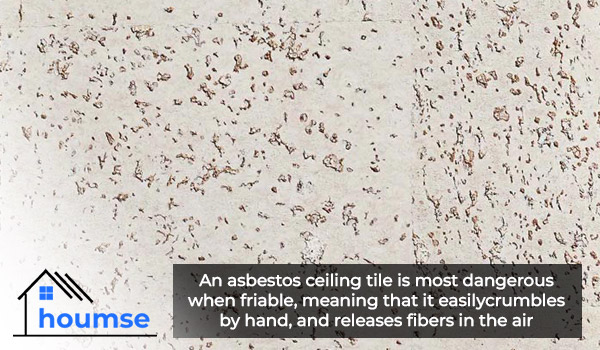 What to Do If You Have Asbestos Ceiling Tiles?

These tiles are dangerous if only they are damaged, broken, and releasing dust or fibers so it is possible that you can inhale or ingest them. Many of the asbestos ceiling tiles fibers will trap in the nose and the throat mucous nose and throat. However, some may pass into the lungs or the digestive system, and that is when they can cause health problems.

An asbestos ceiling tile is most dangerous when it is friable, meaning that it easily crumbles by hand, and releases its fibers into the air. Among asbestos-contained products, sprayed-on asbestos insulation is highly friable, but asbestos floor tiles generally are not.

First, ensure safety (like the way you did before using an asbestos ceiling tiles test kit). Then, follow these steps: 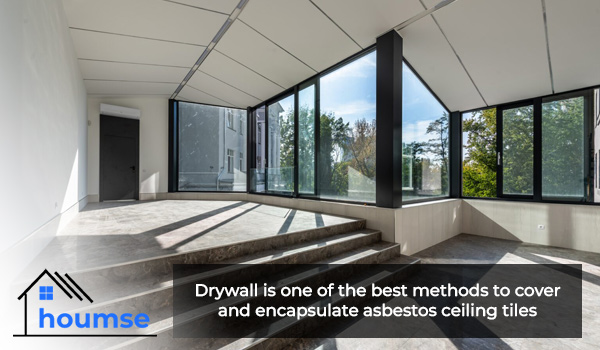 Photo by Max Vakhtbovych from Pexels

Painting is not the only answer for how to cover asbestos ceiling tiles; you can also encapsulate them. Using this method, the fibers in the tiles cannot become airborne. The best way to encapsulate these tiles is using drywall to cover them.

This is better to be done by a professional. However, keep in mind that this is not a long-term solution. As disturbing or degradation of asbestos ceiling tiles can cause the asbestos to be airborne again.

If you have these tiles in your house, but you are particularly interested in how to cover asbestos ceiling tiles, there are other things that you can do, like removing the tiles entirely (followed by tiles or ceiling replacement). However, this task must be done by certified and licensed asbestos professionals and not the homeowner.

Note: If you are planning to renovate the place and suspect that there are asbestos ceiling tiles, wait and do not renovate until you call a professional. As mentioned earlier, disturbing the tiles will release asbestos into the air, causing health problems for anyone who spends time in the home or even the building.

Do you have other questions about asbestos ceiling tile? Share them with us in the comments. 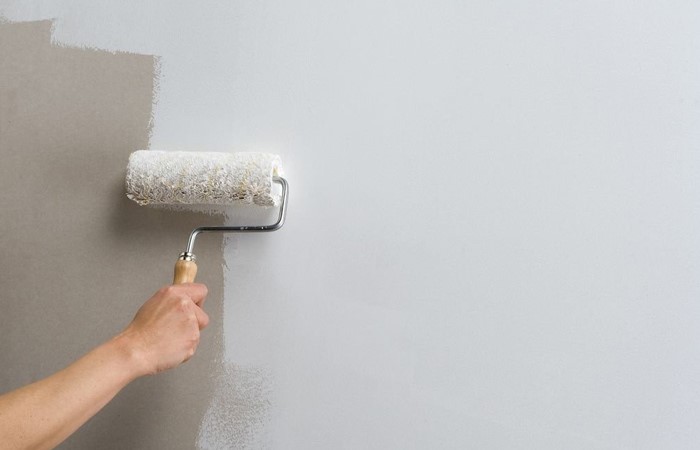 Paint and Primer in One vs. Separate